Thank You and What's Coming Next

Hey all. I just wanted to thank you for making Tina a bestseller, as well as the fantastic reviews. I feel fortunate to have such great readers. I truly appreciate you. 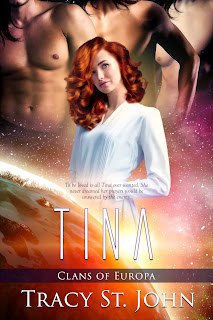 There's no rest for the wicked (me). I'm already working on the next project, Clan Companions: Gabriel.  Here's the inspiration for Gabriel himself (credit: Wilkilmages). Pretty, isn't he? Clan Baknu certainly thinks so. 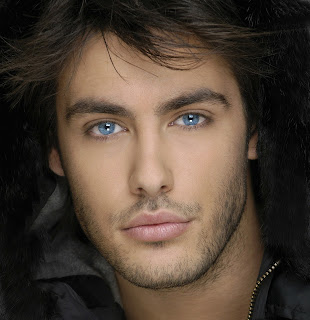 If you've forgotten, Gabriel makes a couple of brief appearances in Clan Companions: Joseph, as part of his support group. He teases a tiny bit of the story you'll see hopefully no later than fall. I do have other obligations that might slow the writing of this book, so bear with me. I'm working as fast as circumstances allow.

Again, thanks for your support of Clans of Europa: Tina. Hugs to you all!

Excerpt from Clans of Europa: Tina (Now on Sale)

Osopa stood up straight again, scowling as he examined their surroundings. “How long since you saw the Tragoom, Zac?”

“The thing with the pig face? A few minutes, but I could hear it just before you came by.” He crept closer to Tina, his head poking out from the pile of rubble.

Osopa had his blaster at the ready. His obvious alarm frightened Tina. “My Nobek?”

“Usually, you can’t smell anything but them if they’re in the vicinity. The stench should be drowning out Zac’s, but if the wind is coming from the wrong direction—”

He took off without finishing his statement, racing around the hill Zac hid within. A hoarse animal shriek, unlike anything Tina had ever heard before, echoed through the landscape.

Shoo-wup! The sound of a percussion blaster firing.

More shrieks, then the furious shout of a man. A pair of figures lunged from behind the hill, grappling with each other.

Tina had seen only stills of Tragooms in the past. They’d been ugly enough in static poses, but the creature grabbing for and swinging at Osopa was a nightmare on cloven feet.

Its face resembled that of a wild boar, complete with tusks curling out of its lower jaw to bracket its snout-shaped nose. Warts growing bristled hair sprouted all over its heavily jowled visage. Triangular ears on top of its skull and tiny eyes completed the porcine vision.

It was immense, as gray and appearing as impenetrable as the concrete slabs sheltering Zac. Its legs were thicker than Tina’s waist, and what swung into view beneath the ragged loincloth it wore wasn’t much thinner. Remembered tales of human women being raped by Tragooms sprang into Tina’s mind.

No one could survive that.

It was far larger than Osopa, and it didn’t react to the blows the fast-moving Kalquorian rained on it. Tina realized he no longer had his blaster, and she cried out in horror.

To be loved is all Tina ever wanted. She never dreamed her prayers would be answered by the enemy.

Aspirant Tina Novak, living on Europa’s convent colony, has no place to call her own. First rejected by her father, now being sent away by Mother Superior, where can a young woman with no prospects go?

The question is delayed by a Kalquorian invasion that takes the aspirants and nuns prisoner. The enemy Kalquorians are teetering on the brink of an extinction disaster, and Earther women are always welcome spoils of war.

Chosen by the young and ambitious clan of Dramok Tukui, Imdiko Yorso, and Nobek Osopa, Tina can’t imagine what her shattered future might bring. When she discovers the gentler side of the fierce Kalquorians, her fear of them becomes fear of losing them.

Can it last? Or will they turn her away in the end, as everyone else has? When the war reaches its unthinkable, violent end, Earther and Kalquorian alike find their lives altered forever. With the lives of Tina’s most vulnerable family members at stake, she and Clan Tukui must set aside what they thought they wanted and embrace what’s possible. 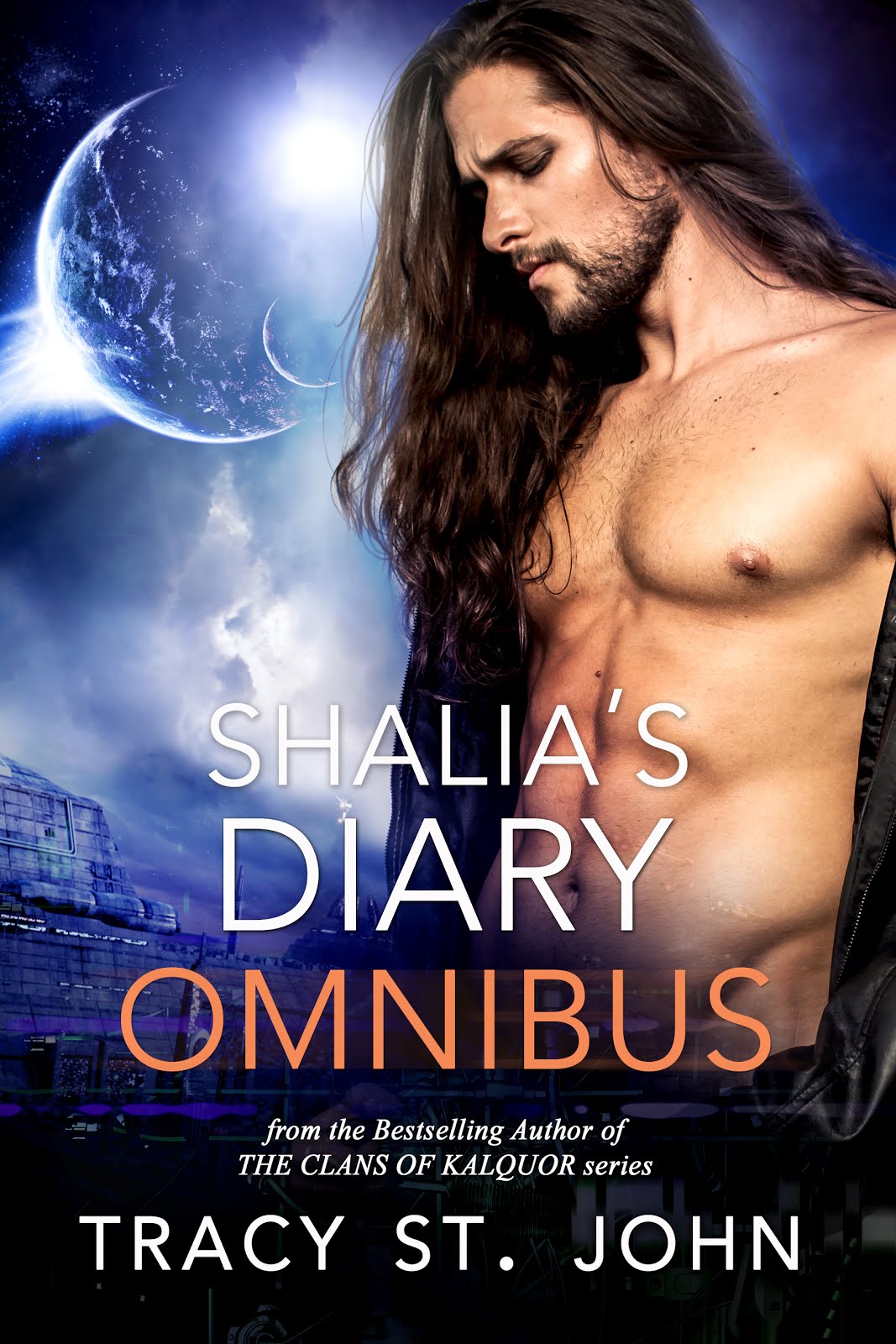 The Clans of Kalquor Series 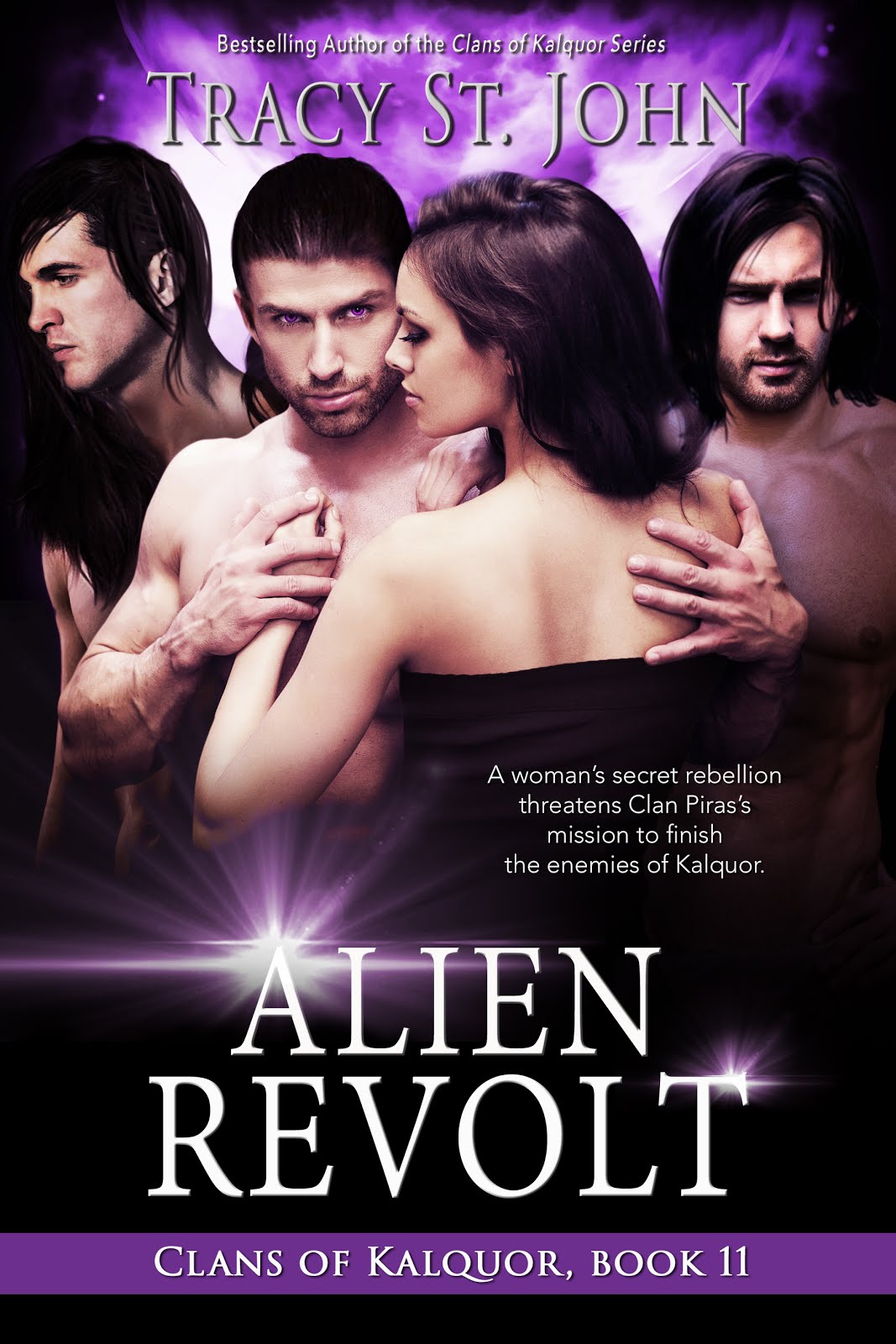 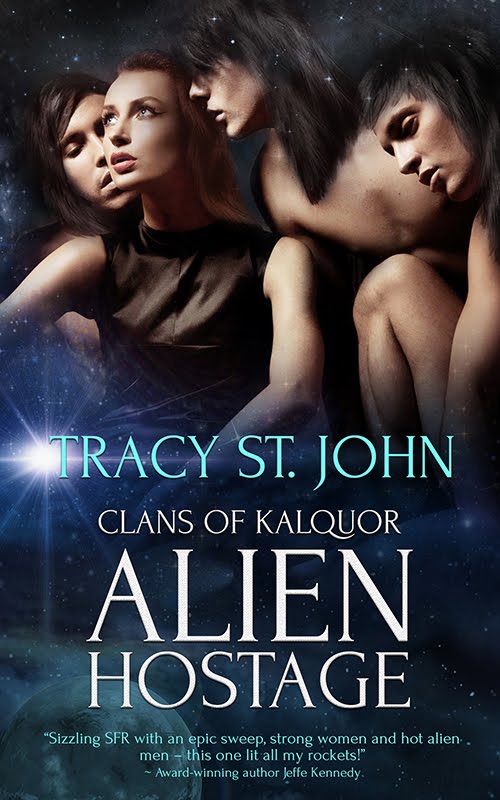 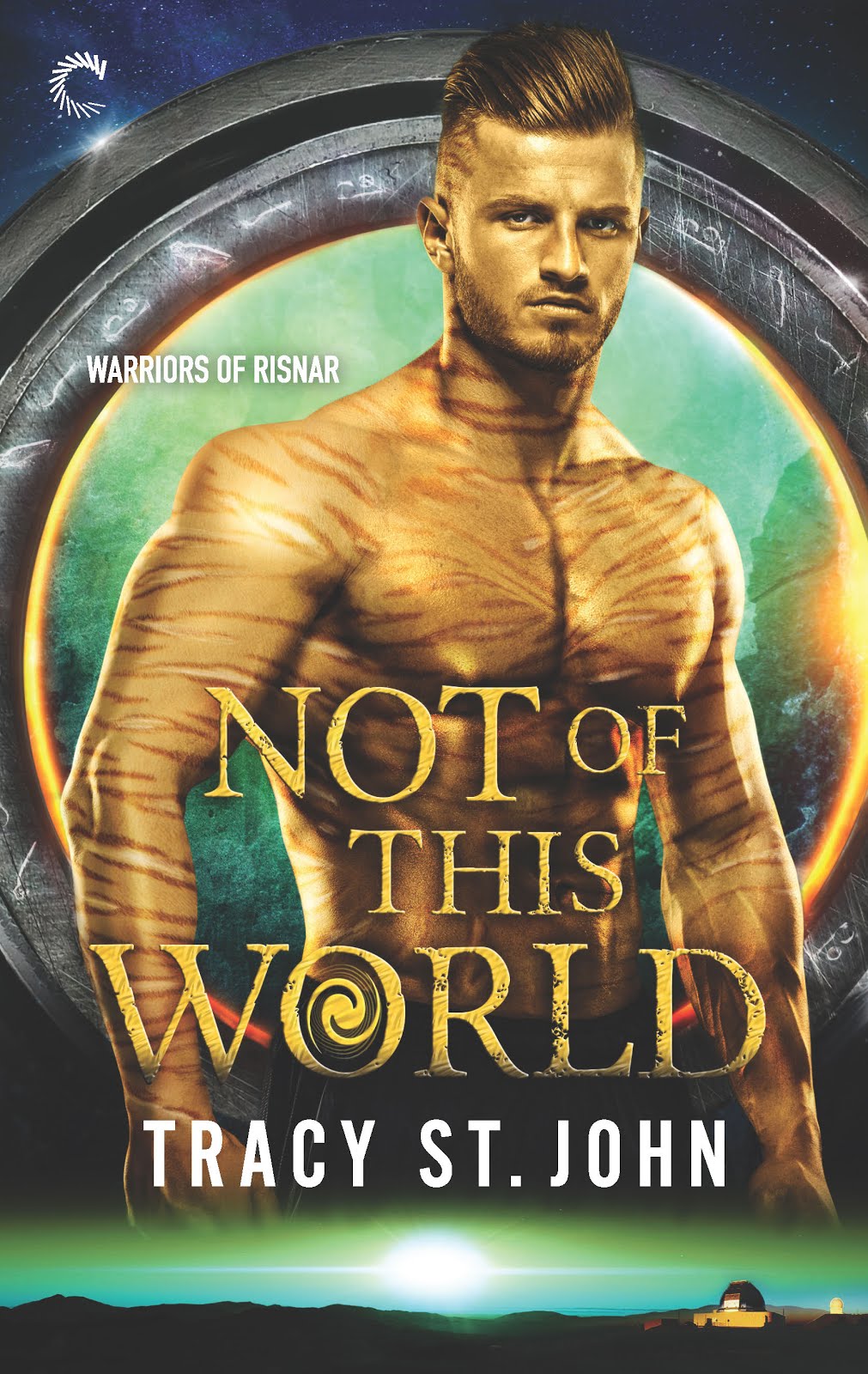 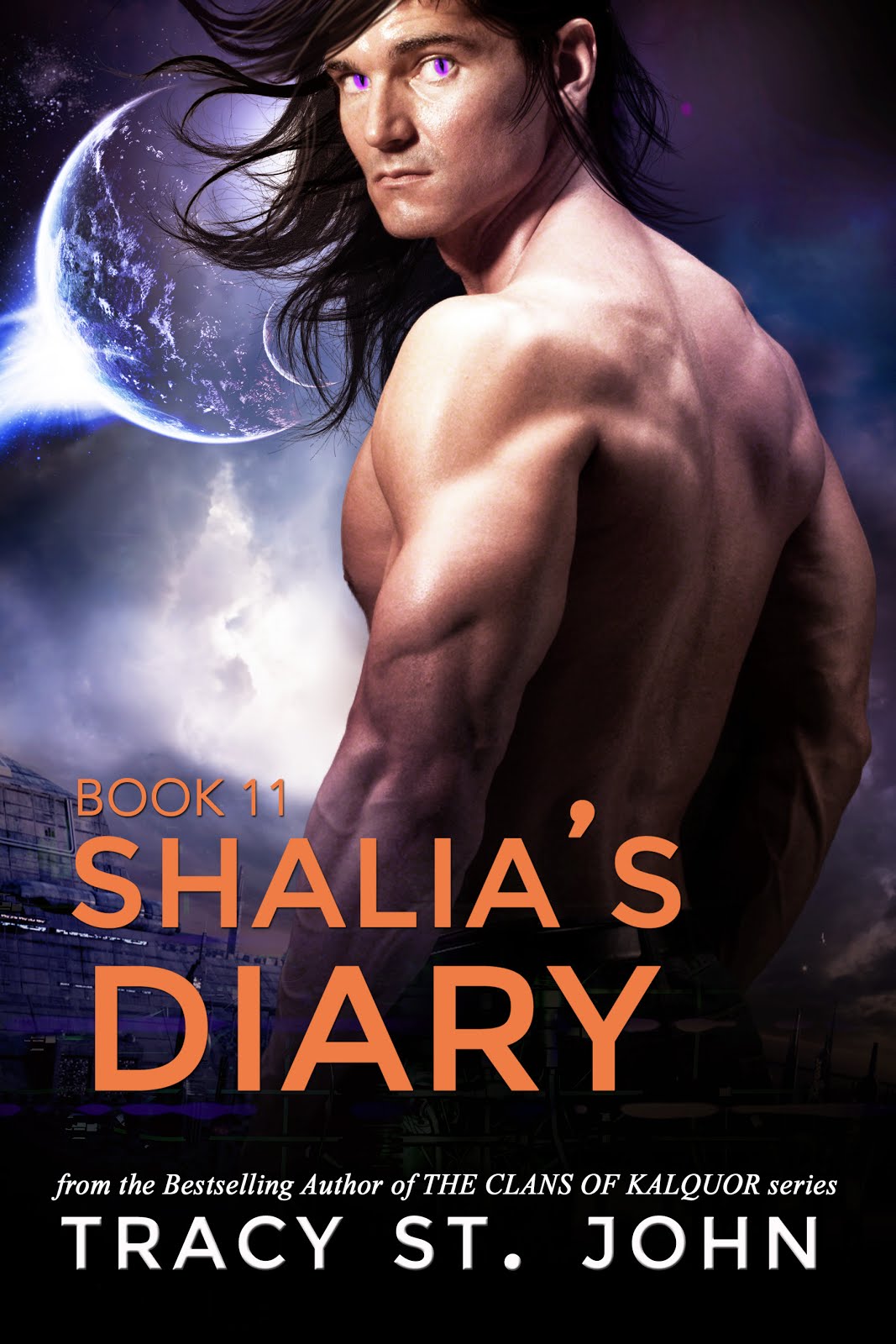 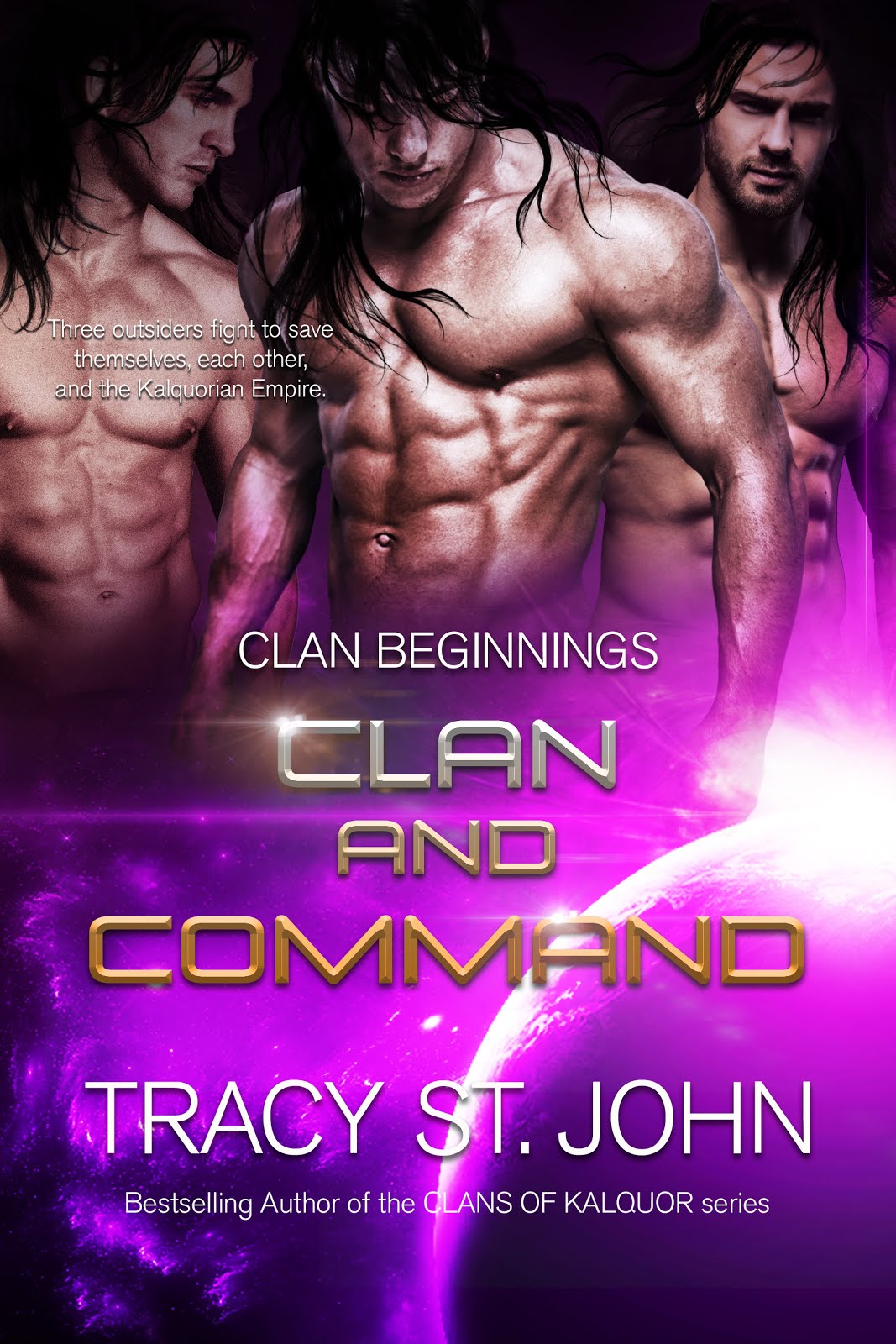 Other Clans of Kalquor Books 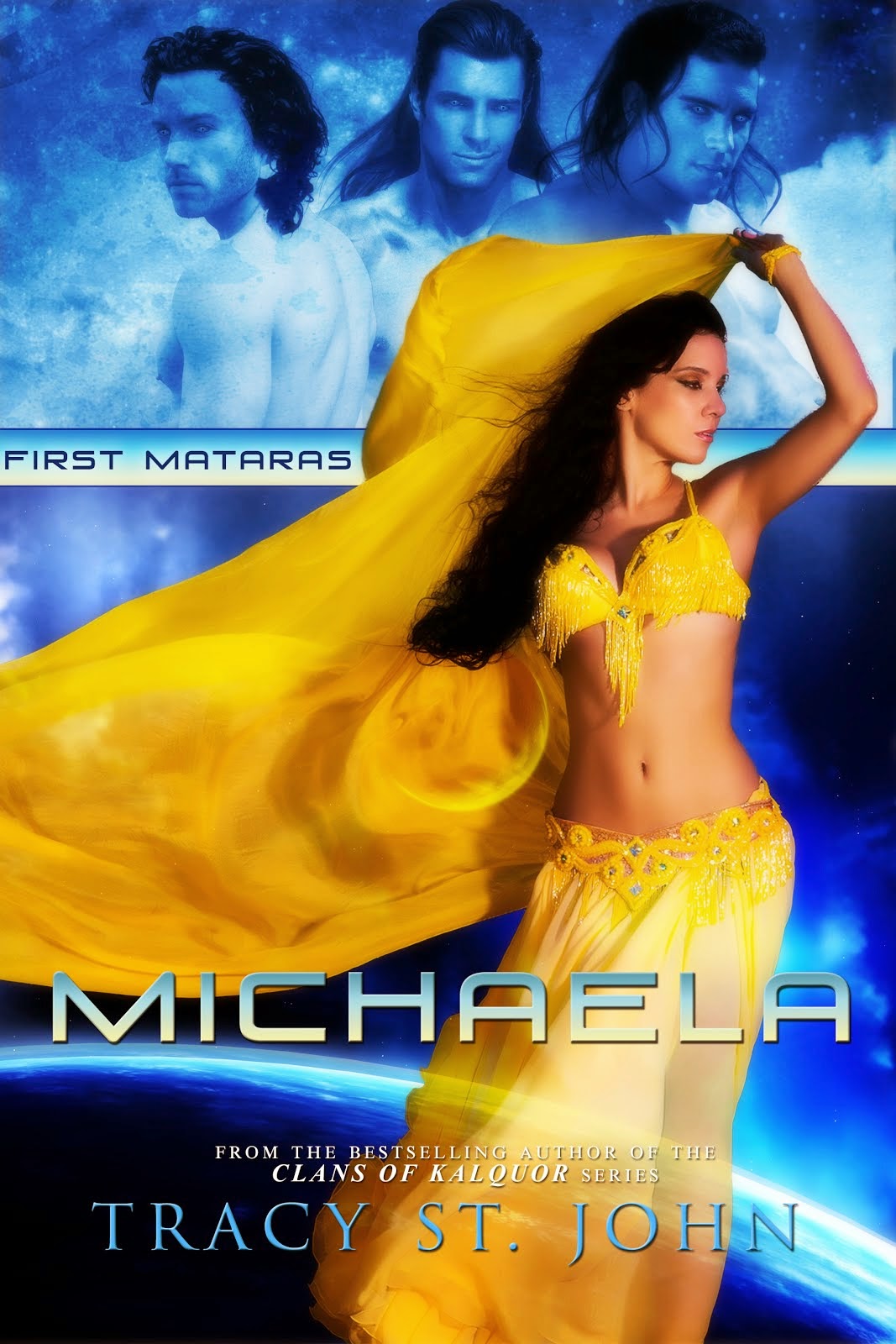 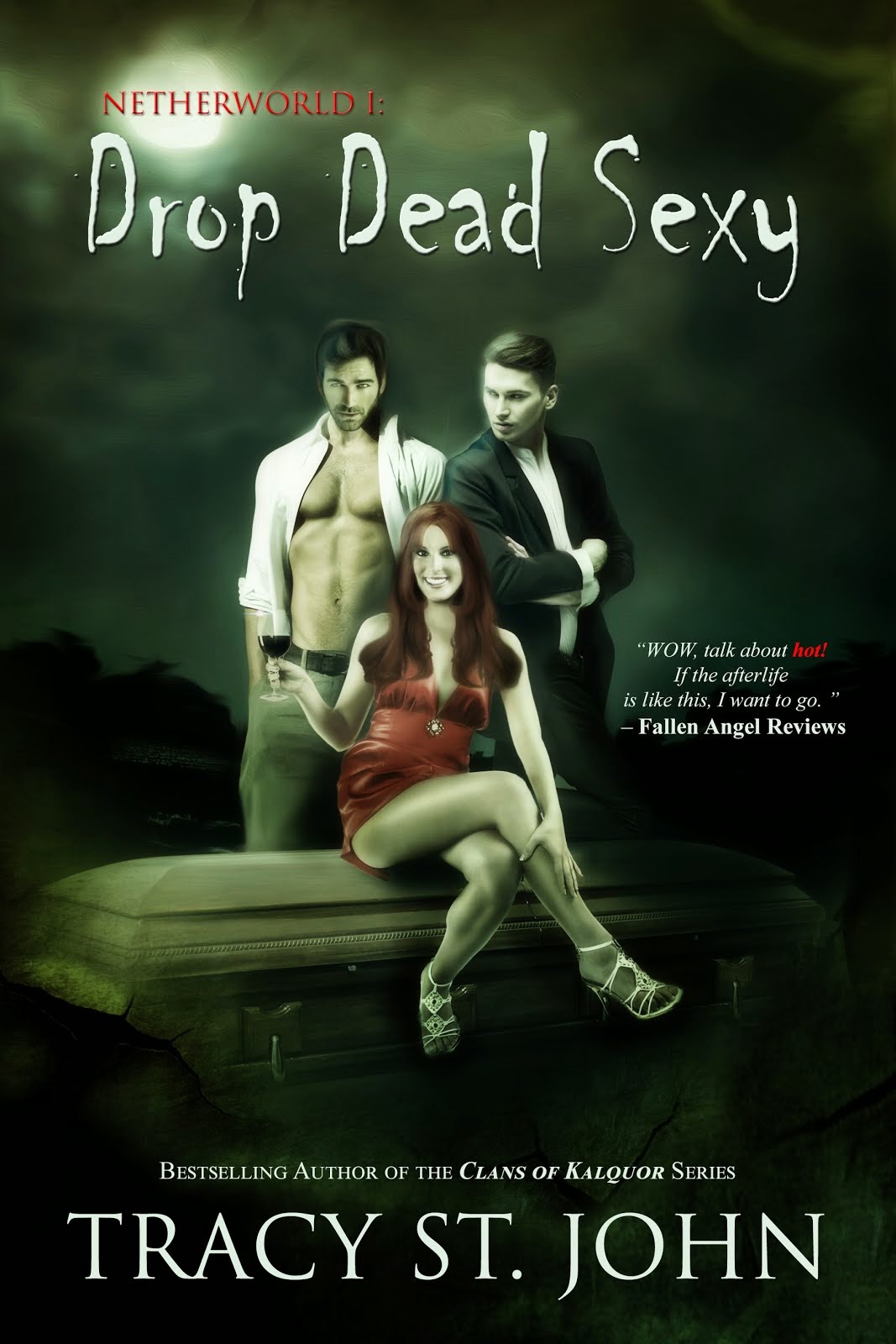 Read excerpts, FAQs, and subscribe to Tracy's newsletter at https://www.tracystjohn.com. 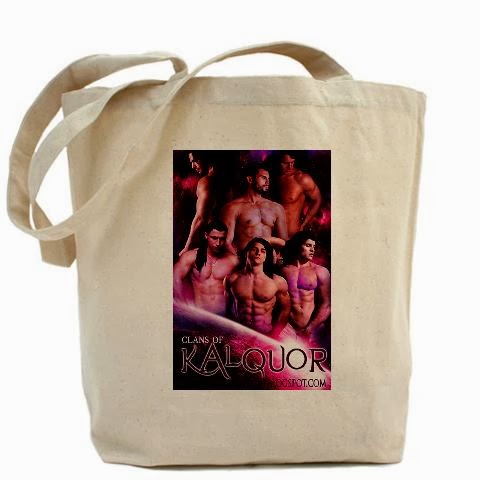 T-shirts, mugs, and gifts based on the Clans of Kalquor series